My opinion, reading current *storyline* comics isn't cheap.  Back in the late eighties as a teenager I was looking forward to having a job so that I can buy comics and fast forward to now, I have a job but it's getting to the point that I can't afford to buy today's comics.   I found myself thinking if I'm gonna spend a lot of money for only a few current comics then why not start reinvesting a.k.a slabbing the 34 years of comics that I have collected so far.   I can remember spending $20 bucks and getting 20 different titles back in the eighties, now you spend $20 bucks, and you are lucky to get 4 different current titles...sigh.   What worries me is what the future holds when I stop reading....cause I don't see enough young people behind me picking up the slack when I do "quit" reading comics.

Guess you can say I'm a DC fan, no marvel collections here.  DC accomplished what they set out to do when they did the Crisis back in 1985, as a teenager I was interested in the fresh take of Superman.  Having a summer job during the late eighties, I started reading anything related to Superman and down the road the new takes on Wonderwoman, Green Lantern, Green Arrow,  Justice League, JSA, Special DC events.  The only big things I don't have in my collection is runs of Batman, Flash,  Aquaman...why have them when they already show up in Justice League.

To end this, I decided to post the issue of Superman where he almost died!

Imagine all the money I would have saved it he did die in the first issue! 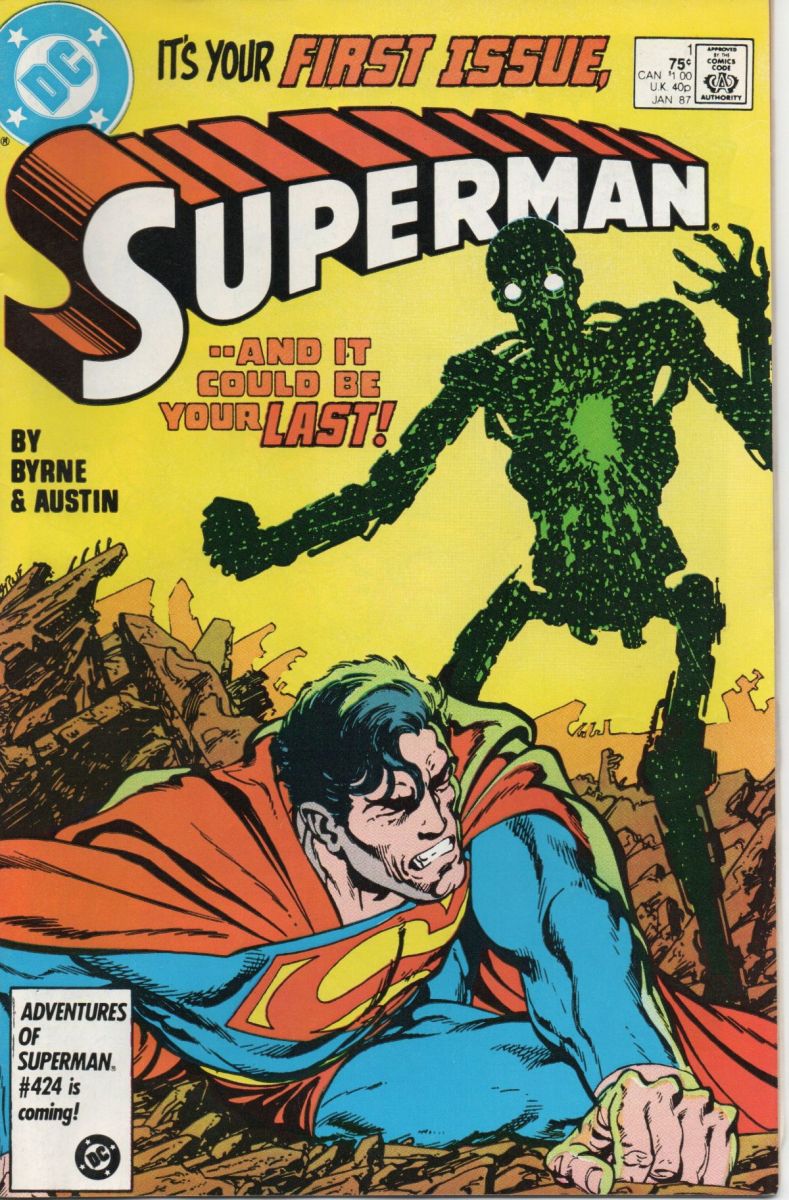