Well, we're almost halfway through the Kickstarter campaign for my new comic Cthulhu vs. Uncle Sam, so I thought I'd provide an update. Right now we're at 87% funded, so it's going pretty well. The campaign is in the dead zone at the moment, so I'm grinding out cross promotion posts and stuff like that to try and get some more eyeballs on things. I also recently added 11x17 prints to the add-ons, and that helped, as several people adjusted their pledges upwards. It was a request from a backer, so it's nice to give people what they want!

As always, thanks for all the support!

I've also only got a few more of this variant cover left, so people seem to be liking it a lot! 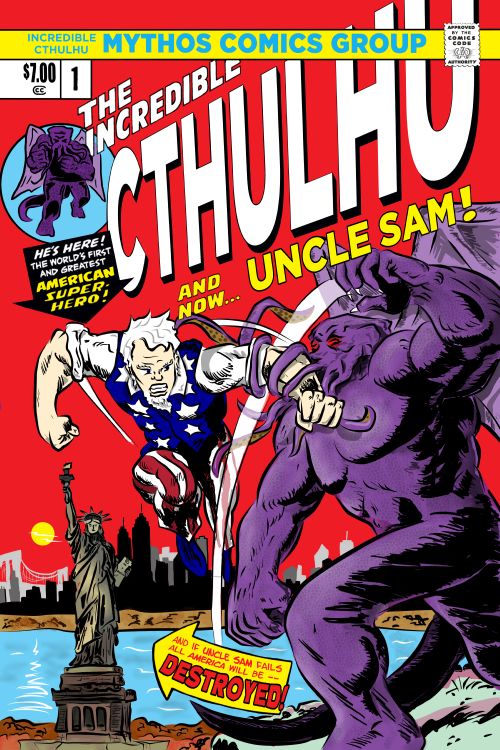