So, this one I got for five bucks on eBay. The interior is not bad, but the cover is missing a good 1 to 2 inch strip down the entire spine. Not sure exactly how that happened (the tear pattern isn't typical of a remaindered copy), but my goal is to restore the missing portion of the cover and reattach it to the interior via the original staples. It's a fun book -- a nice Easter egg is the Wally Wood art on the inside cover. Storywise, it's the usual hard-boiled early '50s crime stuff, but this one also has some tough dames clobbering, shooting and stabbing everybody, only to get a comeuppance at the end (literally)... 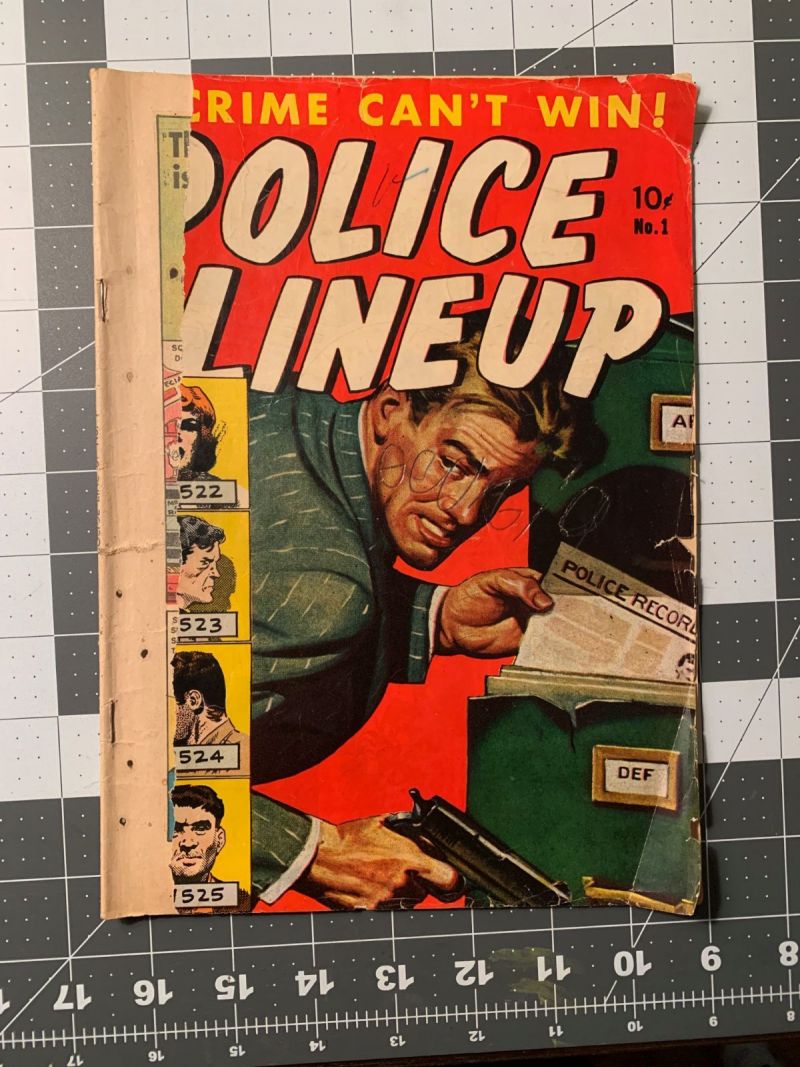 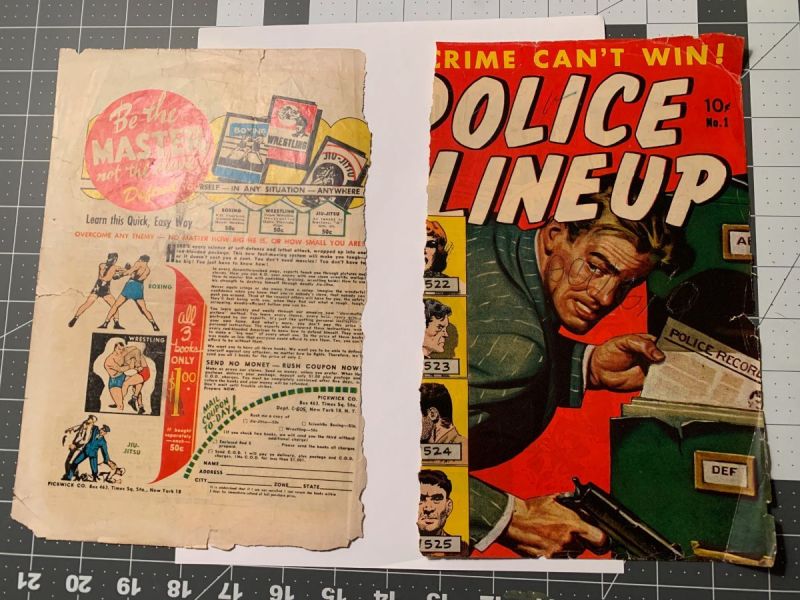 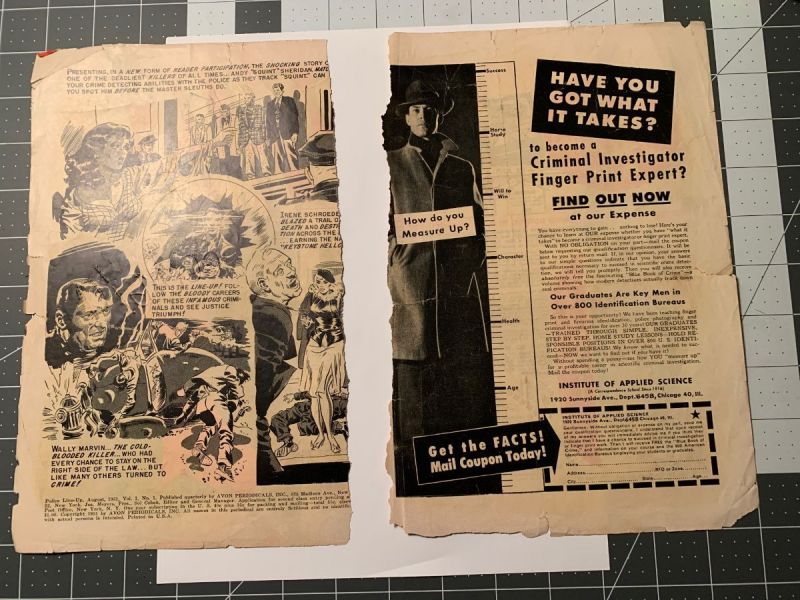 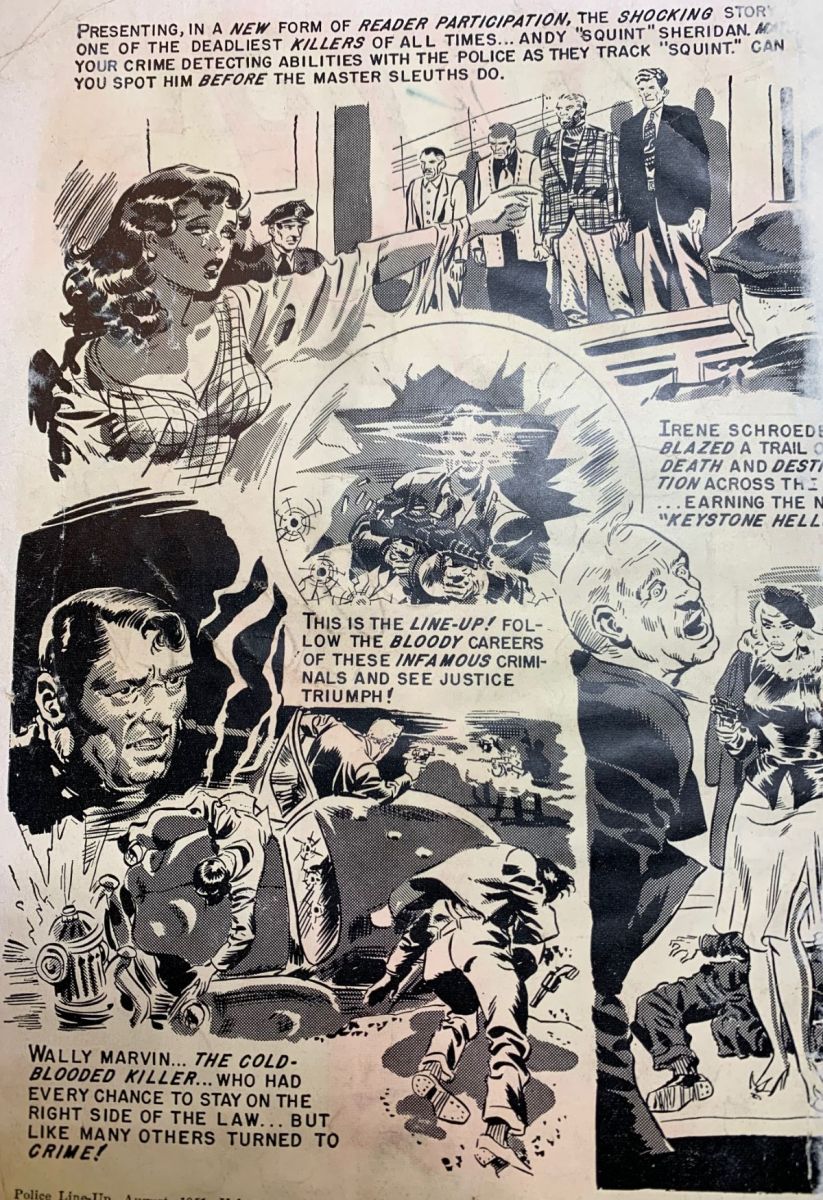 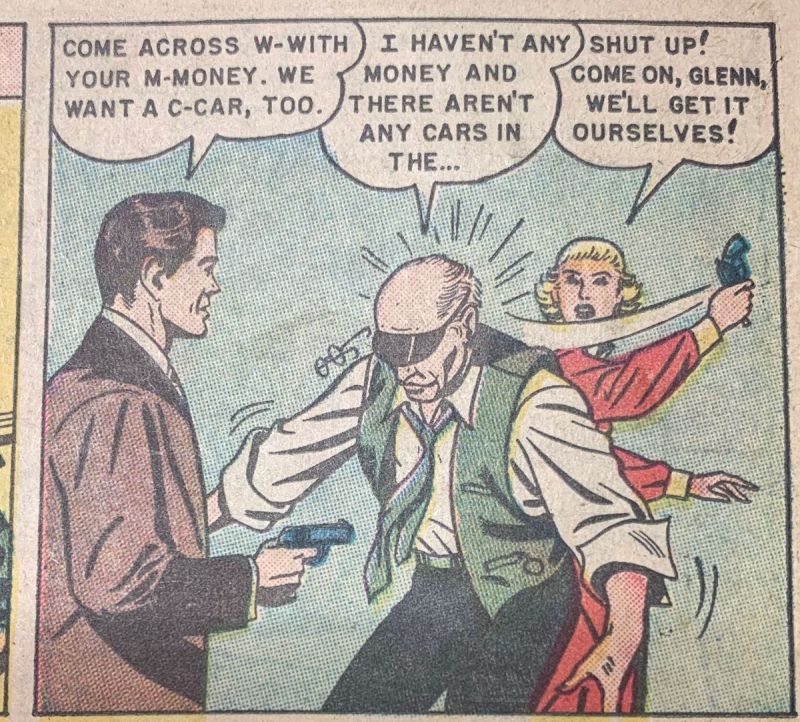 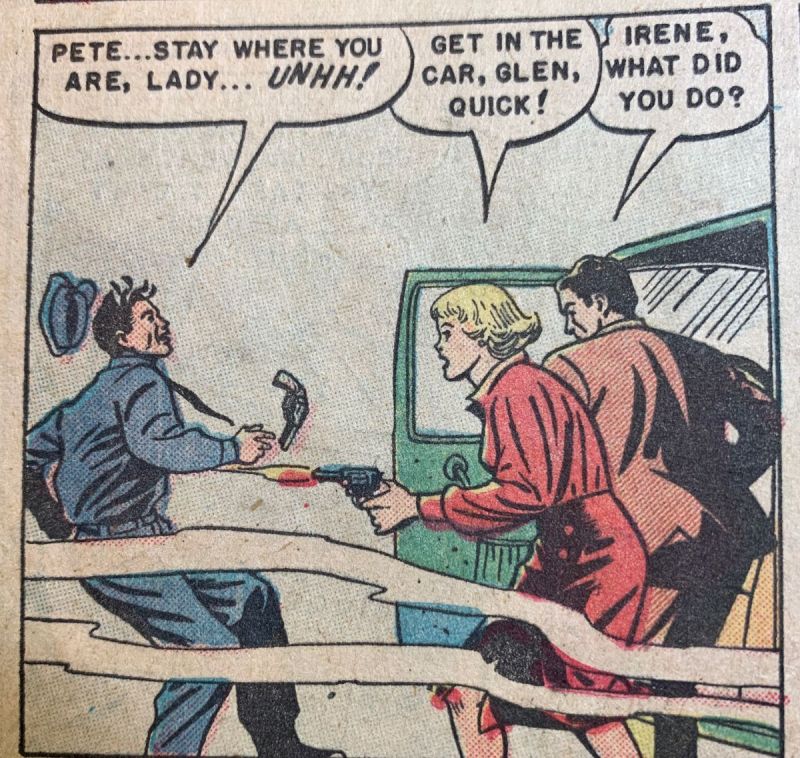 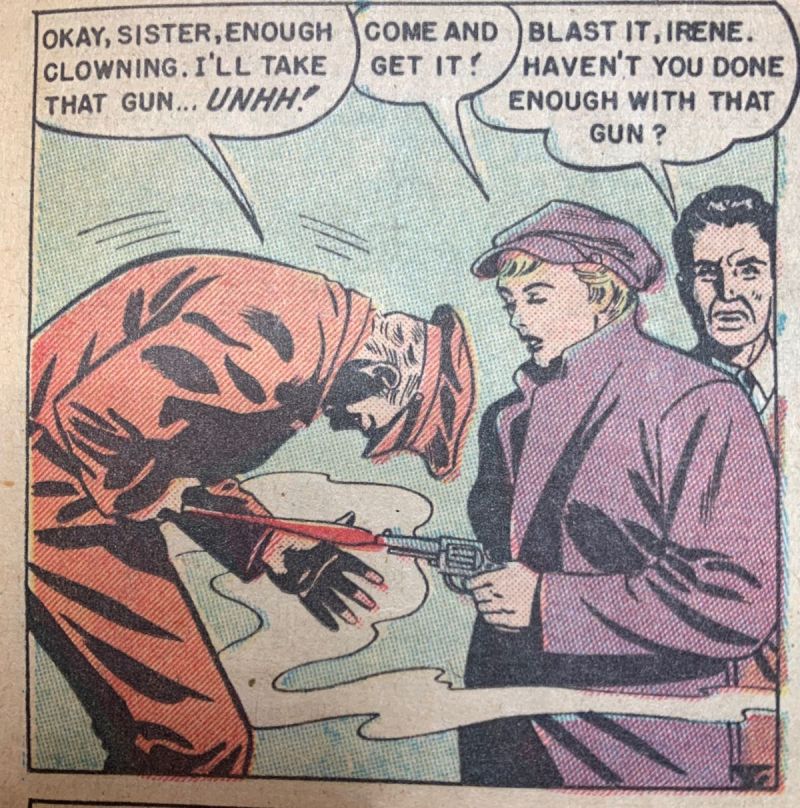 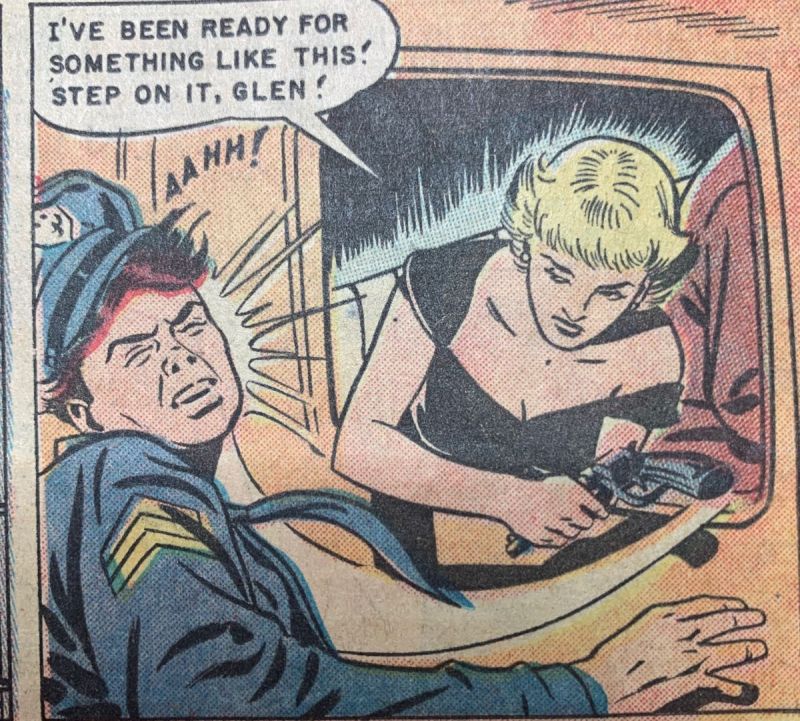 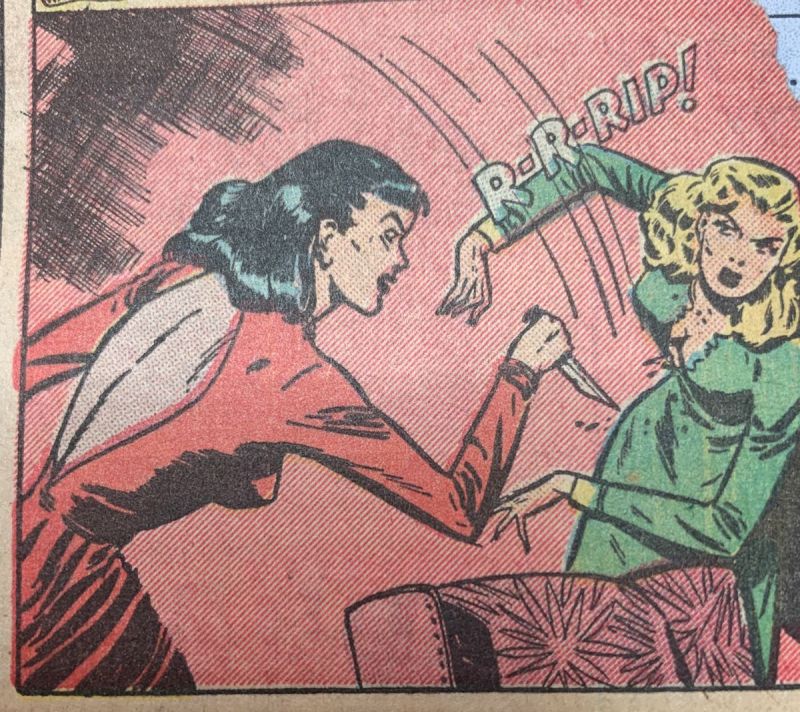 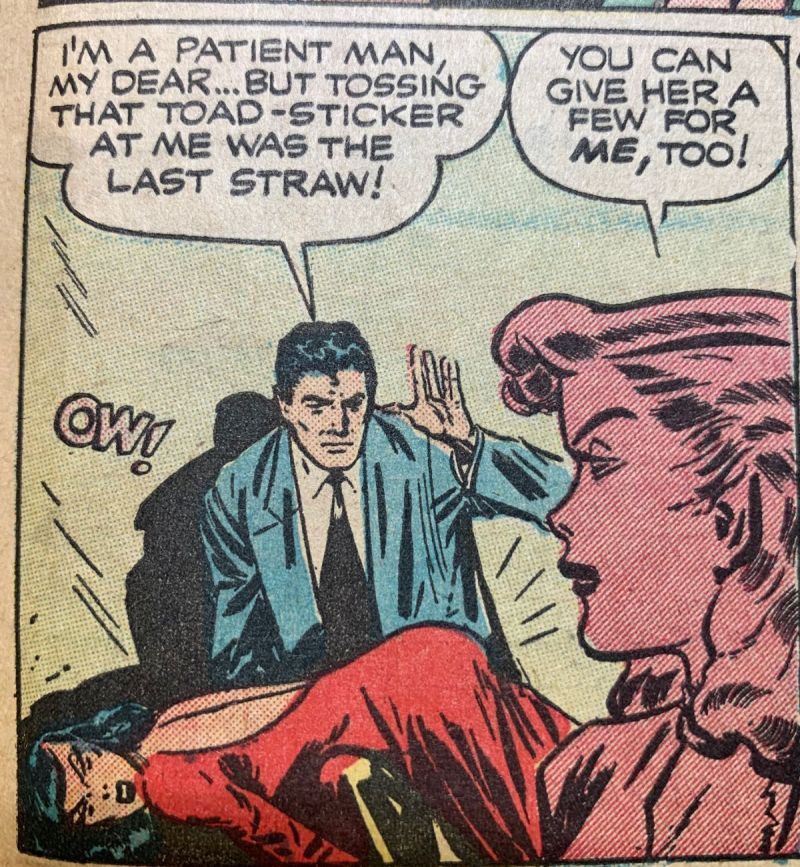