Today was a simple task of repairing the two tears on the front cover, one approximately two inches running from the left centre edge and a smaller half inch rip at the top edge.

There is notable change in paper transparency in these two regions (Holding the cover up to light has these two areas looking like they were rubbed with grease) which is indicative of a past amateur repair job involving traditional tape that seem to have fallen off with age long before I bought it (which caused the yellow staining you see in the photos).

I used a lignin free Japanese Mulberry (Kozo) paper as the tear seal. Usually I would use a thinner paper when transparency is important (to not cover up art below and make the seal invisible I would use 3gsm, while this paper is closer to 5gsm), but in this case I felt there was no sense trying to 'hide' the seal, especially when the surrounding area had such an obvious yellowing to it that would call attention to whatever repair I did. This higher weight paper would also make for a stronger seal, which was important as I decided to not apply any seals to the front of the cover. The book is already low grade, with many color breaking creases, that it was fine to leave them as is on that side so long as they were aligned correctly.

I also took the opportunity to spot press a few of the wrinkles seen here out of cover using a tacking iron (as well as quickly flipping through the interior in case any corners were dog earned - only a single page needed a spot press, so not worth making an entire post and picture for) 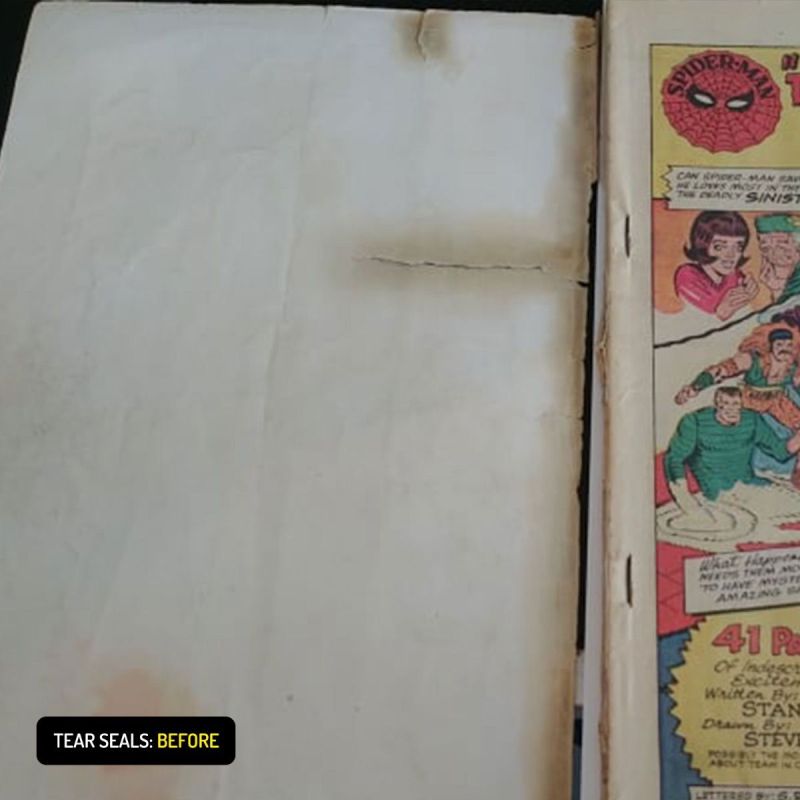 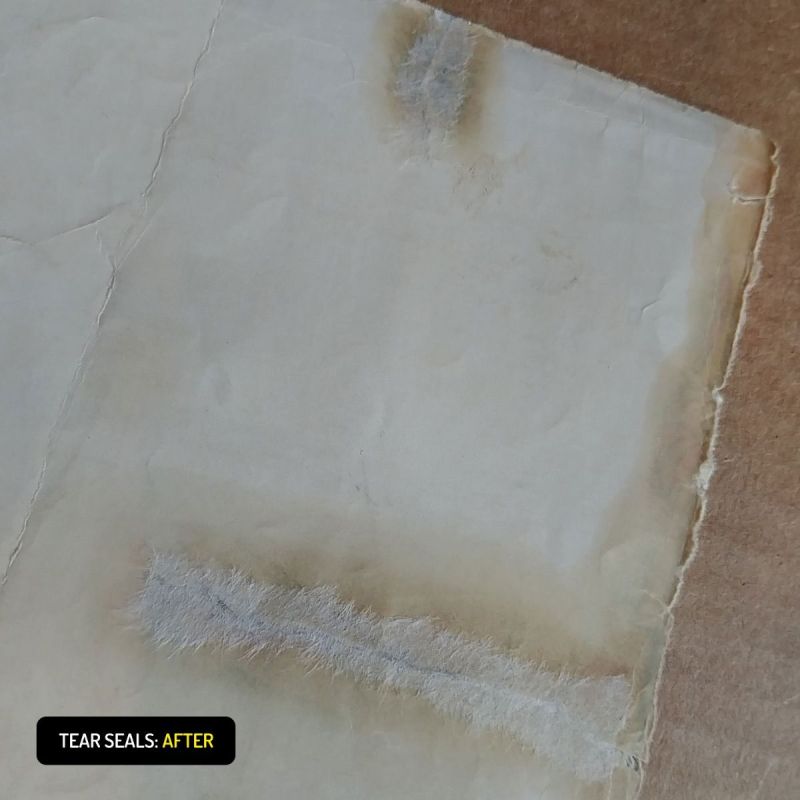