I am pretty happy about picking this up and am now trying to decide what to do with it!  This is another item like The Beast that I acquired 'in the meantime' but that I think also deserves its own entry.

One of these had popped up on the CGC Forums, and also on eBay a couple months ago.  I can't recall exactly what that one sold for but do remember it being above what I ended up paying for this one (I think it was around a hundred dollars).  I had a little regret for not trying to get in on that one but actually thought it would have gone for even more than what it did so I didn’t bother.  That particular one also had moved with the owner seven times and was pretty worn from all of the travel, which also made it easy to pass up.

After that, I wasn't necessarily looking for one of these but then the one this entry is about popped up on eBay recently with the following description… 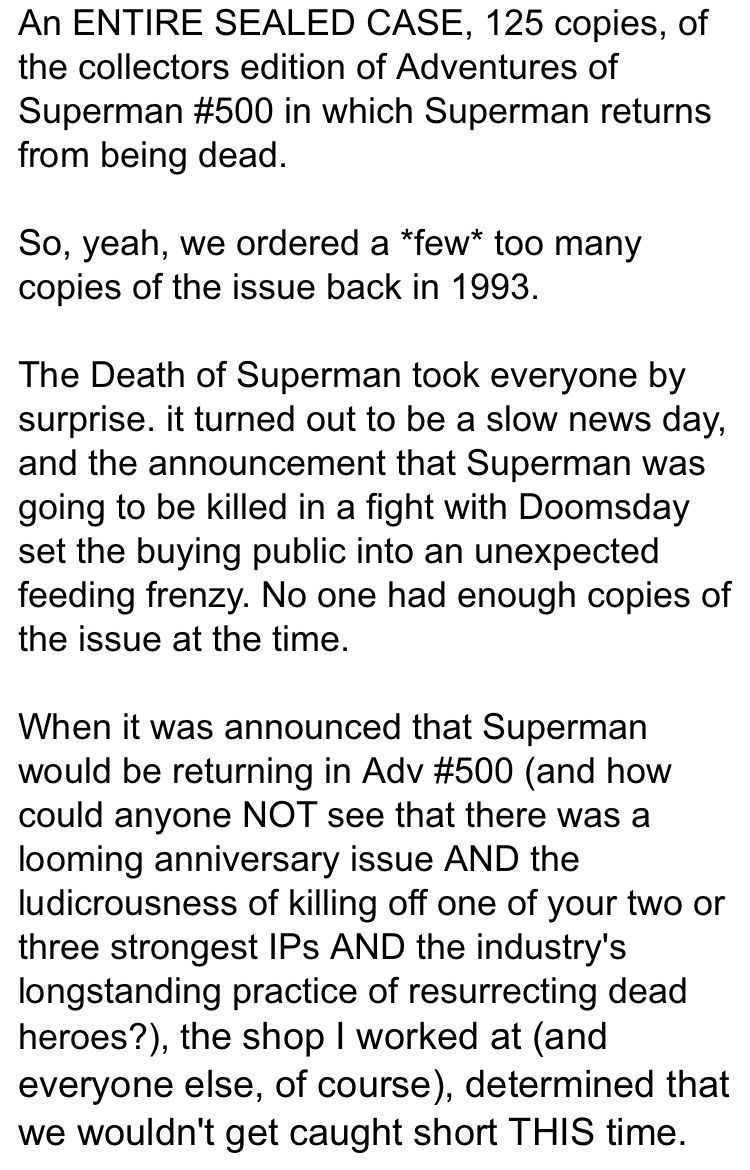 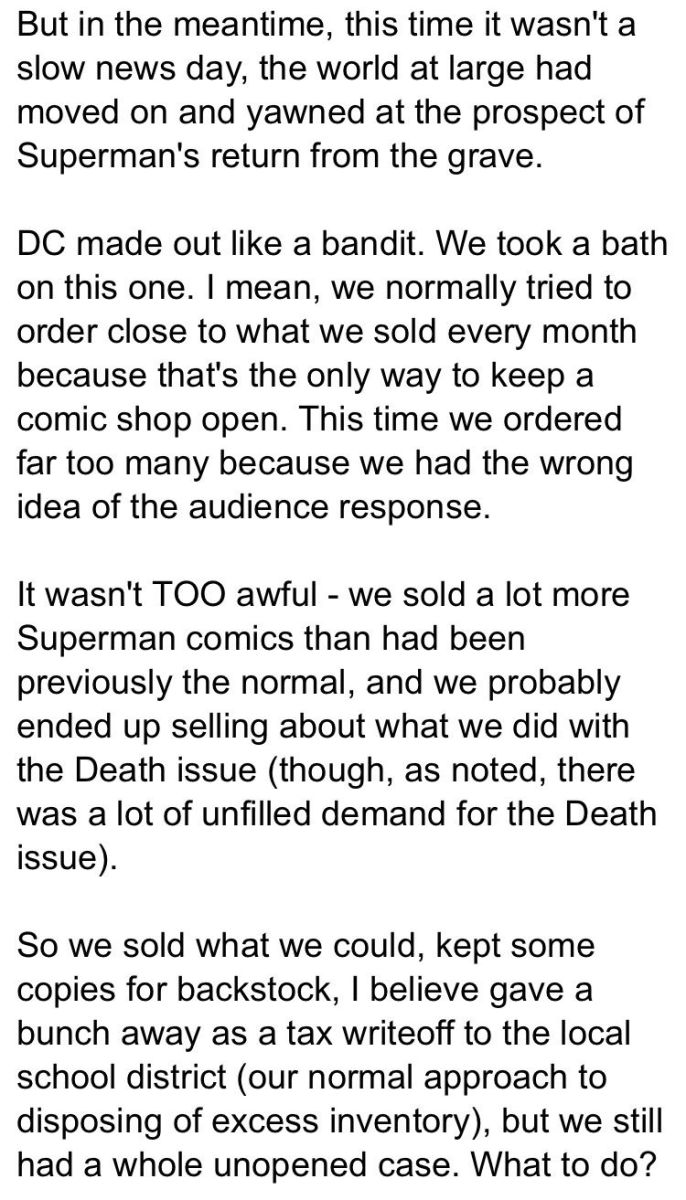 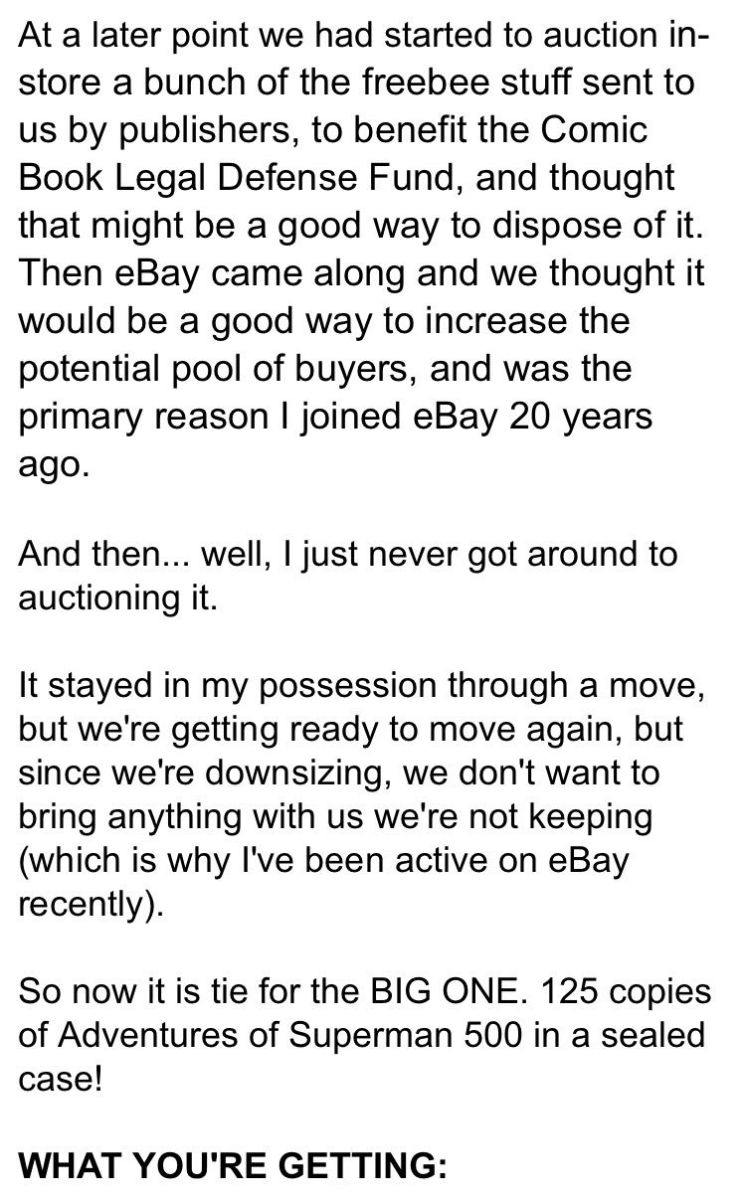 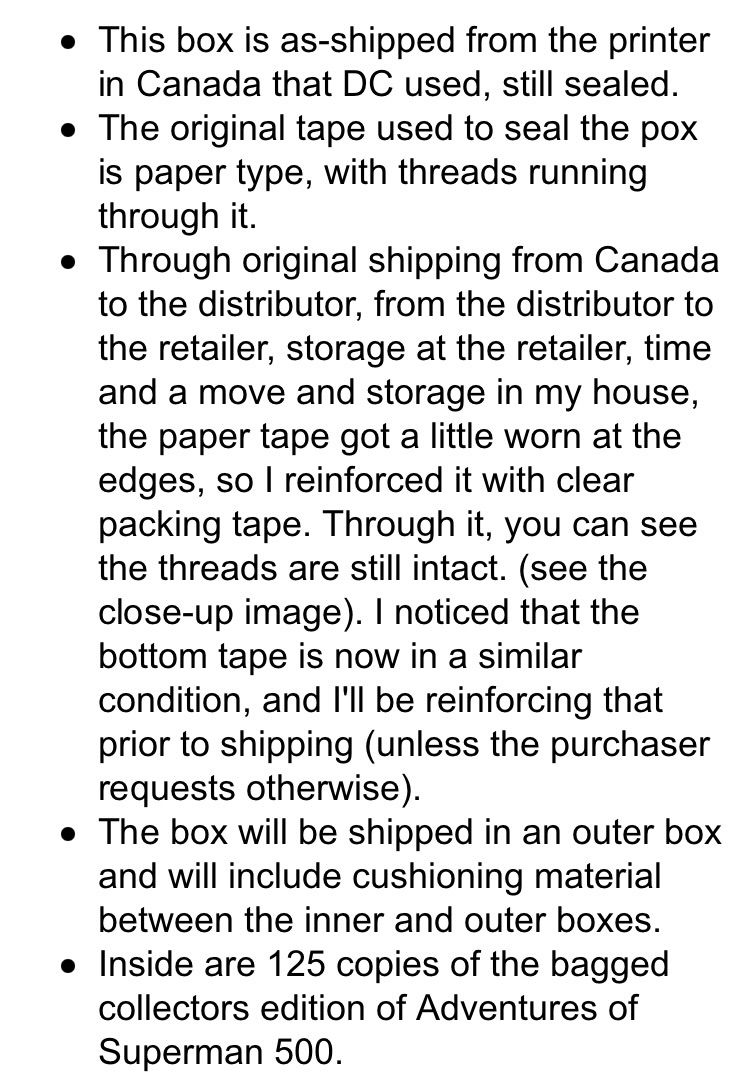 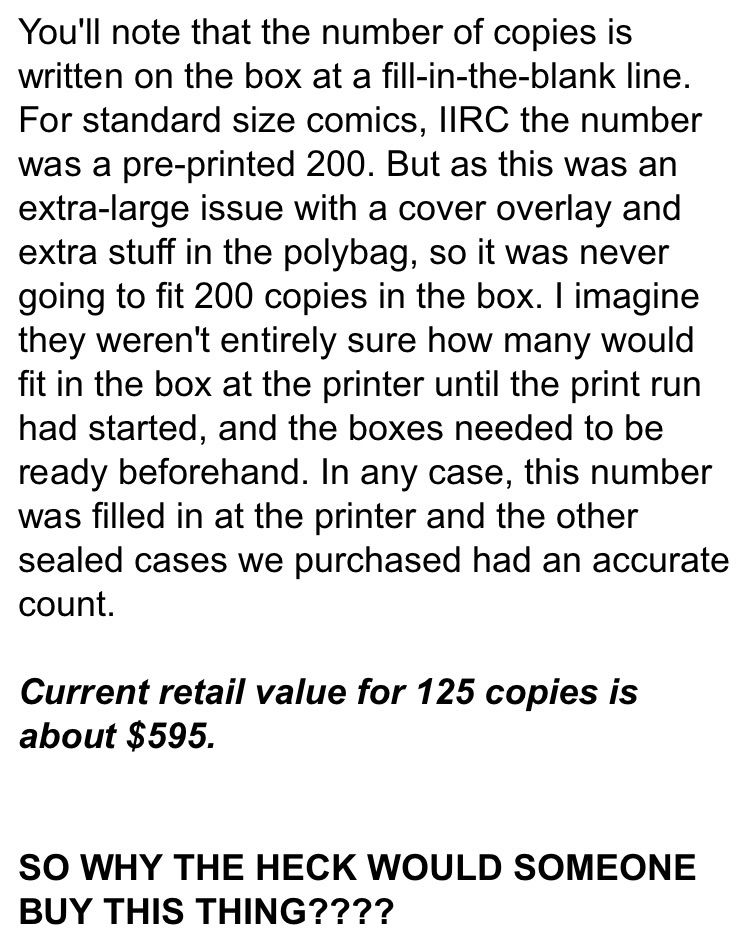 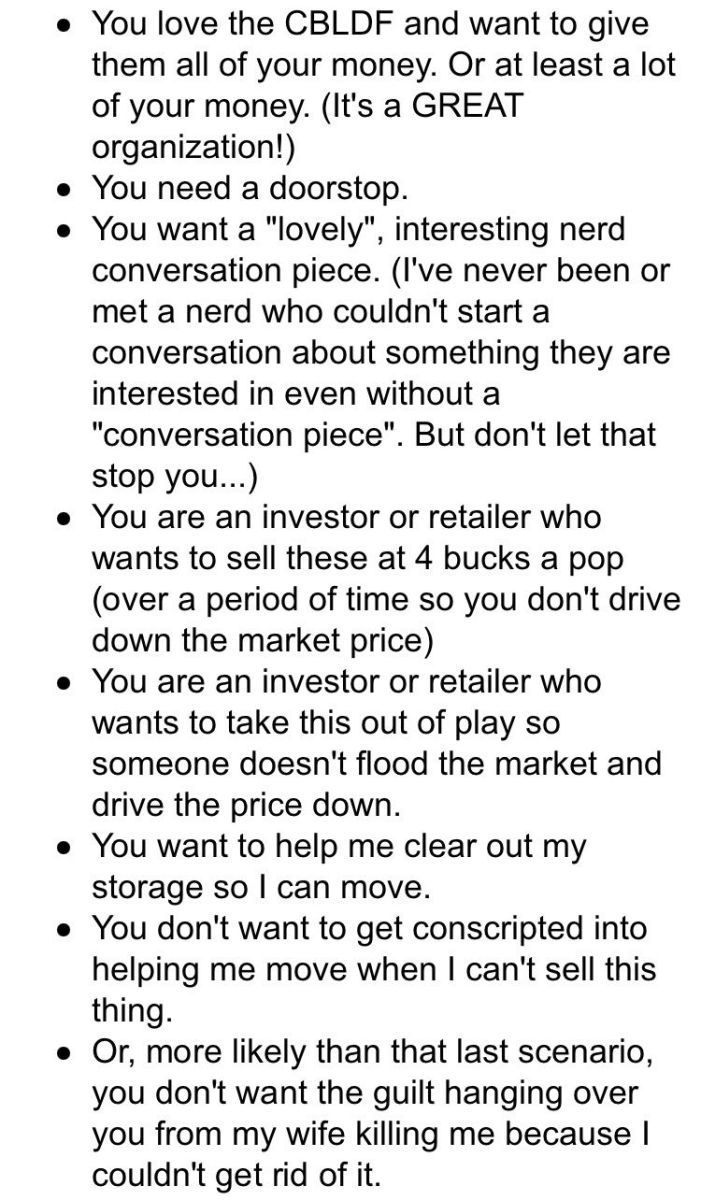 I thought this description was pretty promising but I didn’t get my heart set on it... I also didn't forget about it either though.  Then, when the evening rolled around that it was ending, my Wife and I were grocery shopping at Wal-Mart.  I decided to take a look at the listing and it was at $25.00 with less than an hour left.  I decided to throw in a bid knowing I wouldn’t be able to watch it end.  My bid drove it up initially to $26.00 and I was winning!  I went about my business… checking later, it ended up there were a couple of last minute bids but I ultimately ended up winning this for $30.00 + $30.00 shipping!  Not bad for 125 books!

My thought had always been that if I ever had one of these it would be something that I kept around as a cool conversation piece… I mean, who doesn’t want a sealed case of Adventures of Superman 500 Collector’s Editions sitting around their comic room!

Anyways, now that I gaze upon this box the possibilities flood my mind… I could…

1) Do as I had planned and let this bad boy hang around and spend some time with my other collectibles and just be cool, or

2) I could open up every single one of the ever-loving books in this box and send the best 50-100 books in for something like a 9.9 pre-screen!!

I am at an impasse, in a conundrum, I have a dilemma, I am at a crossroads, it's a predicament... a quandary!!  This is not a decision I am taking lightly... I realize that once it's open it's done, no going back... maybe all the books inside stink (the box sure looks good though!), or maybe there are a bunch that are Gem Mint specimens!  What if!!

I joke because, this decision (among all other possible things to think about) is a very good problem to have, and I am grateful for that.  Anyways, here is the box causing all this consternation...  What to do, what to do? 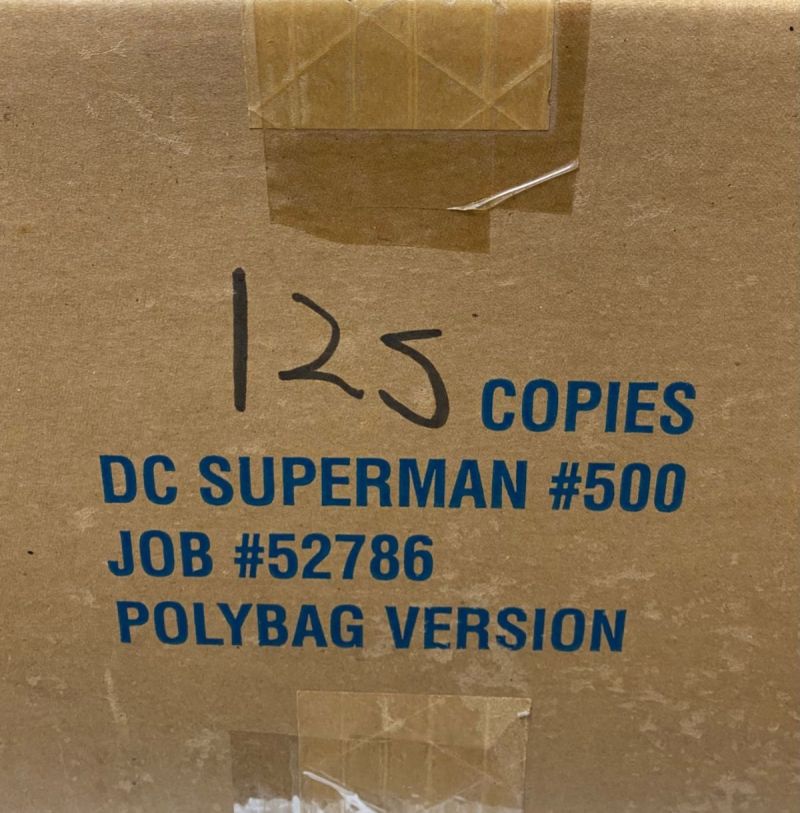 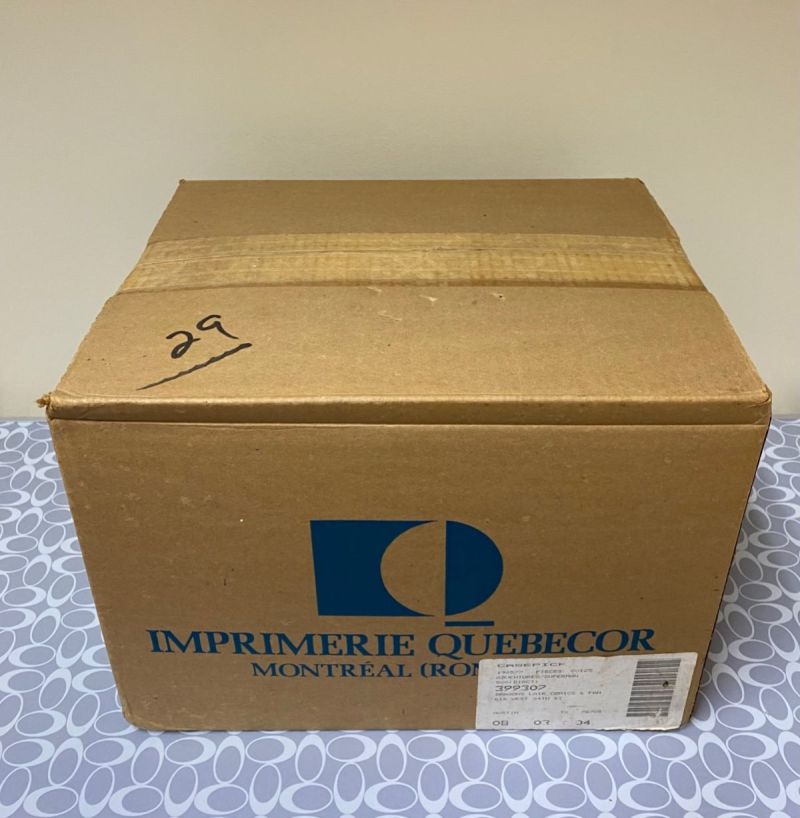 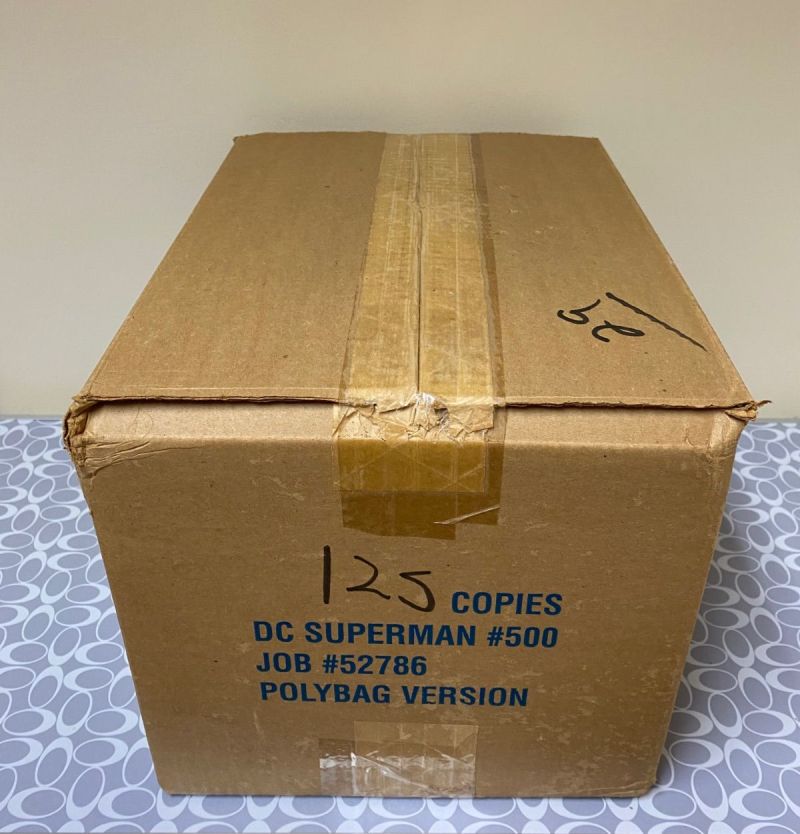 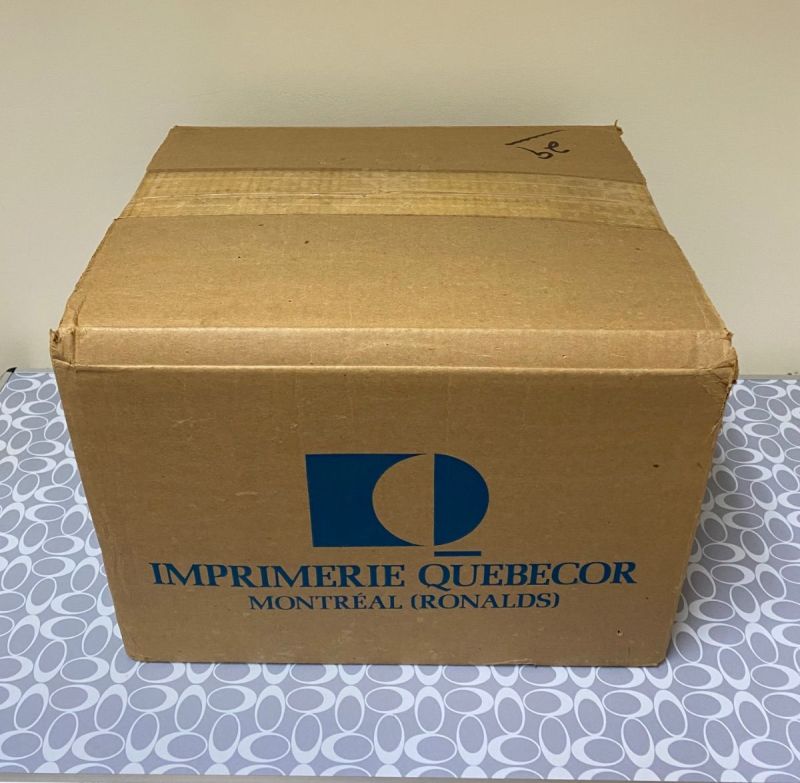 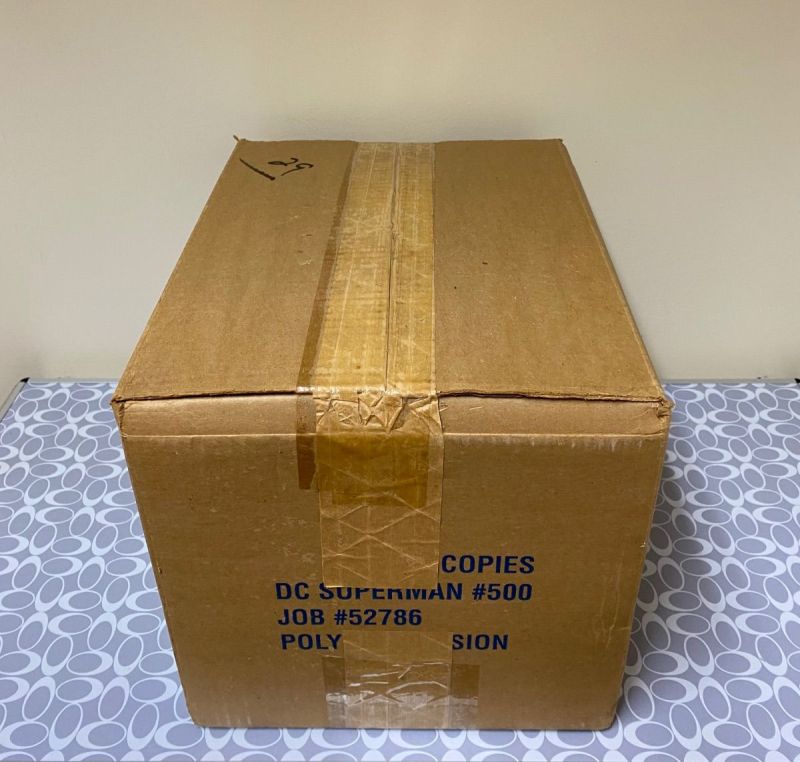 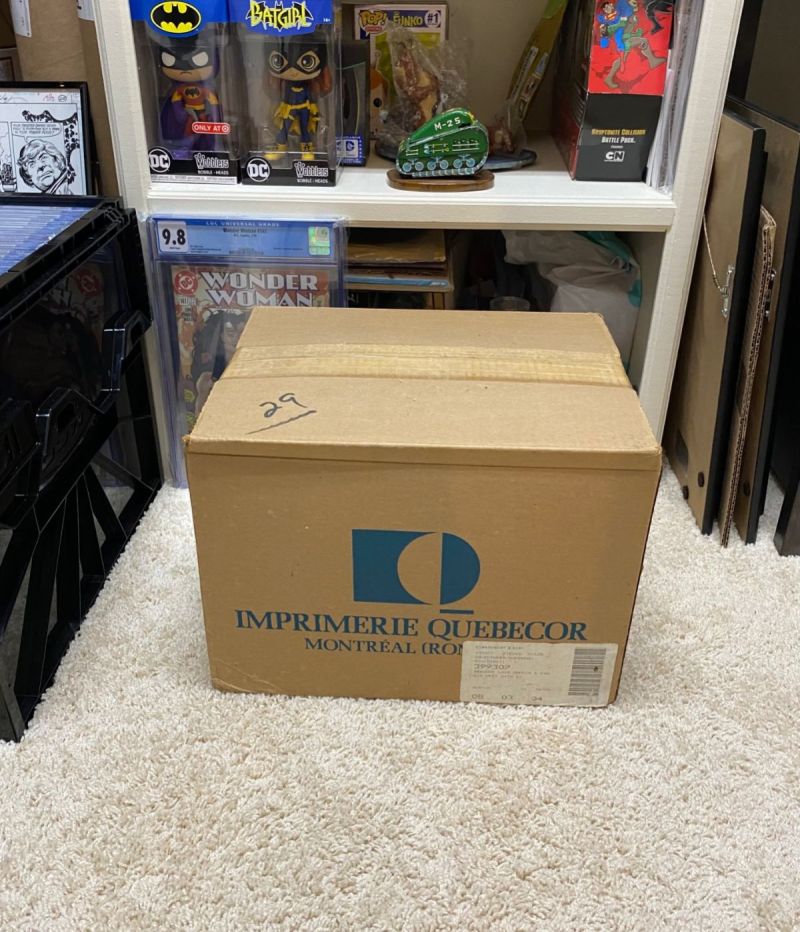