I'm excited to announce that my new comic book, Cthulhu vs. Uncle Sam, will be going live on Kickstarter on June 28.

I think the high concept pretty much explains itself, but: at the height of World War II, a group of Nazi cultists attempt to summon Cthulhu. Only one person can stop them: Uncle Sam!

Unlike The Crimebusters, I am not doing the art for this. It just takes too long for me to draw, and I realized that if I want to produce more comics, I need to hire artists to draw my scripts. So this is my first experiment hiring an artist. If it works and I can recoup the costs, then it opens up a lot of doors for me to make more comics!

The artist on these is a guy named Jay Piscopo, who started in animation and is known for doing updates of public domain superheroes.

Here's a look at the cover - logo is still in process: 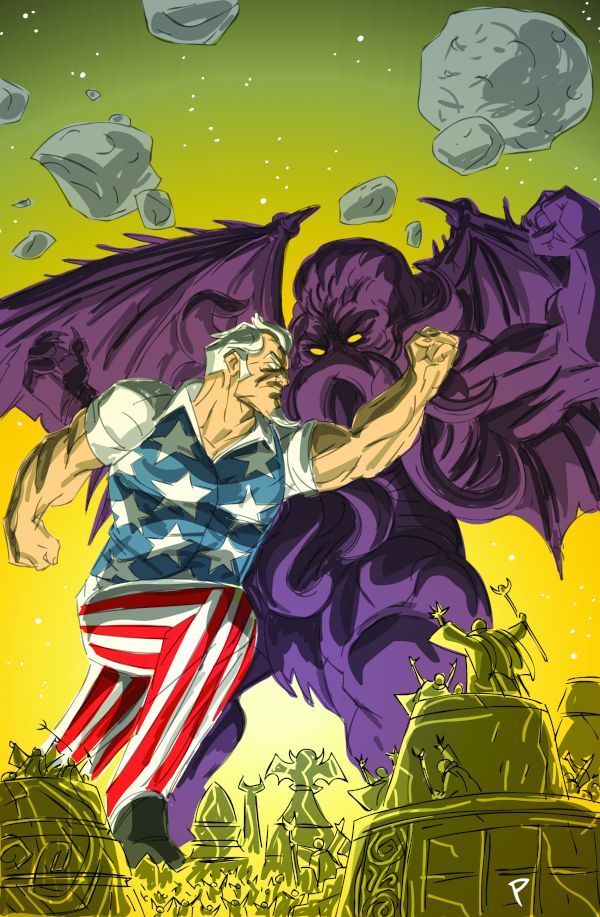 Here's a preview of the first three pages: 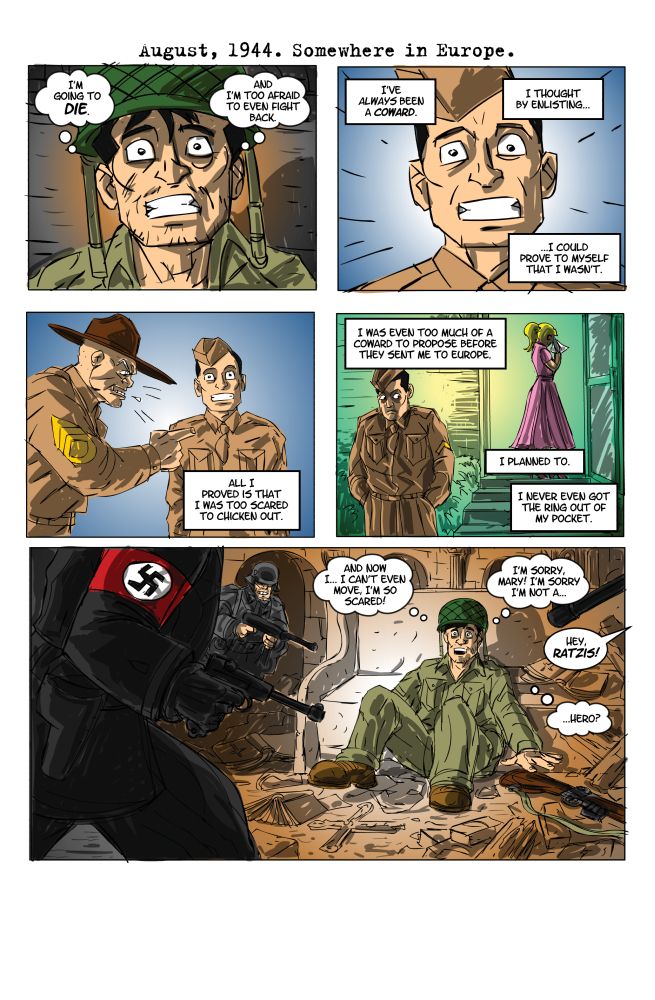 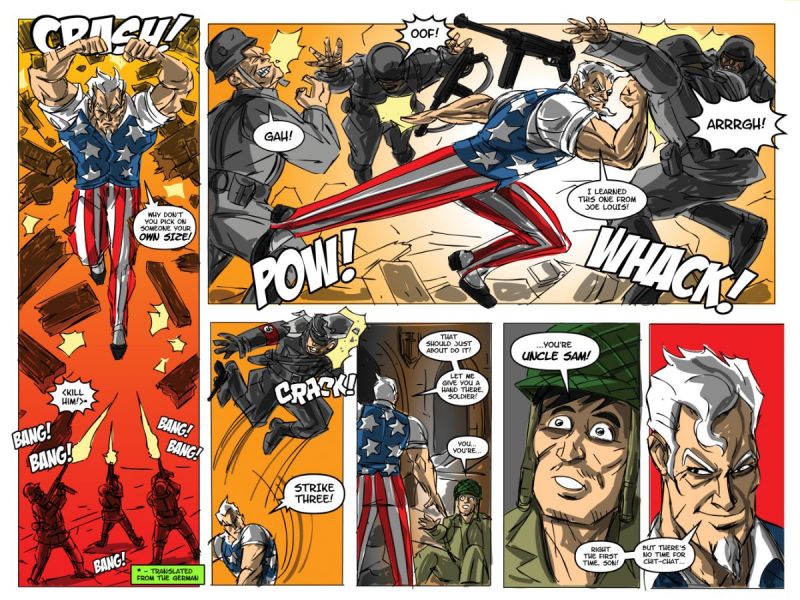 Since this is in color, it's going to cost more to print, and of course I had to spend a lot on the artist, so this Kickstarter has a much higher goal compared to The Crimebusters as I am aiming for $3000. I think we can get there as it's a fun story with a lot of crossover appeal. But we'll see how people react! Word of mouth is going to be very important, since I no longer have acgive Facebook or Twitter accounts to promote this. That's a major roadblock, but hopefully if people like the project, they will share it organically.

Here's the link to the preview page - if you click on the "Notify me on launch" button you'll get a reminder when the project goes live. Thanks everyone!!