Amazing Spider-Man #125 features the origin and 2nd appearance of the Man-Wolf!

I feel like you can’t just own Amazing Spider-Man #124—1st appearance of the Man-Wolf, without owning the follow-up issue, as it features his origin story!

To complement the previous issue, John Romita Sr. created another dynamic classic cover that embodies so much superb movement within a single image, that it plays out like a scene in a movie!

After Spider-Man connected the dots and realized that John Jameson was indeed the Man-Wolf, he went to pay him a visit at his apartment around the same time John’s girlfriend Kristine was on her way over for a date. However, by the time both Spider-Man and Kristine arrived, John had already morphed back into the Man-Wolf and grabbed Kristine as hostage!

Feeling guilty for the tragic death of Gwen Stacy that occurred just four issues previously in Amazing Spider-Man #121, Spider-Man frantically yells “NO! NO! I WON’T LET YOU DIE—NOT LIKE GWEN!” As Spider-Man leaps towards the Man-Wolf to protect Kristine from being harmed on a moving vehicle, the Man-Wolf violently back fists Spider-Man in the head, sending him flying backwards in midair as he cries out “NOT LIKE GWENNN!”

A few frightened pedestrians in the background are seen fleeing the scene as they witness the vicious attack, and the vulnerable Kristine, feeling as if she is destined to be the Man-Wolf’s lunch, yells out “SPIDER-MAN—STAY BACK! YOU CAN’T SAVE ME!”

All of this action is captured on this phenomenal John Romita Sr. cover that pops nicely against the bright yellow, red and blue color hues! The movement and attention to detail is precise and realistic, captivating both Amazing Spider-Man readers and unfamiliar viewers to take notice that: “THE MAN-WOLF STRIKES AGAIN!”

According to the CGC Census Report as of Tuesday, April 27, 2021, out of a total of 895 Universal copies graded, only 73 copies were graded in 9.8 with only 1 copy graded higher in 9.9! This represents a rarity factor of only 8.16% of the total population!

This stunning copy is definitely WORLD CLASS! It’s extremely difficult to locate a copy that doesn’t show a slight overlap of the front or back cover appearing on the opposite side. With that being said, this beautiful 1973 specimen is 99.9% PERFECTLY WRAPPED and CENTERED and contains PERFECT WHITE PAGES!

(SIDE NOTE: The scans captured multiple glares due to the inner well containing multiple ripples; it will eventually be re-encapsulated into the latest generation CGC Holder!)

In closing, I won this pristine copy in Comic Link’s Focused Auction in January of 2021! I was ecstatic when I was notified as the winning bidder and I’m proud to showcase this immaculate copy in Arachnophobia! 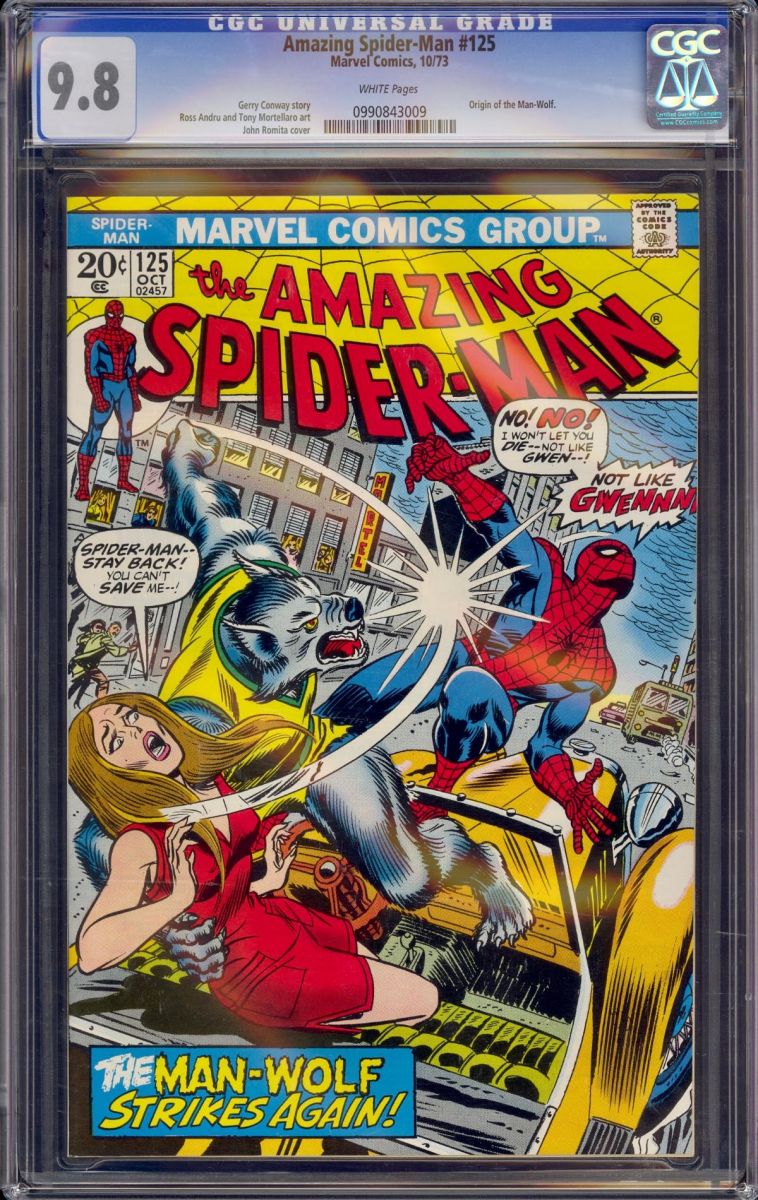 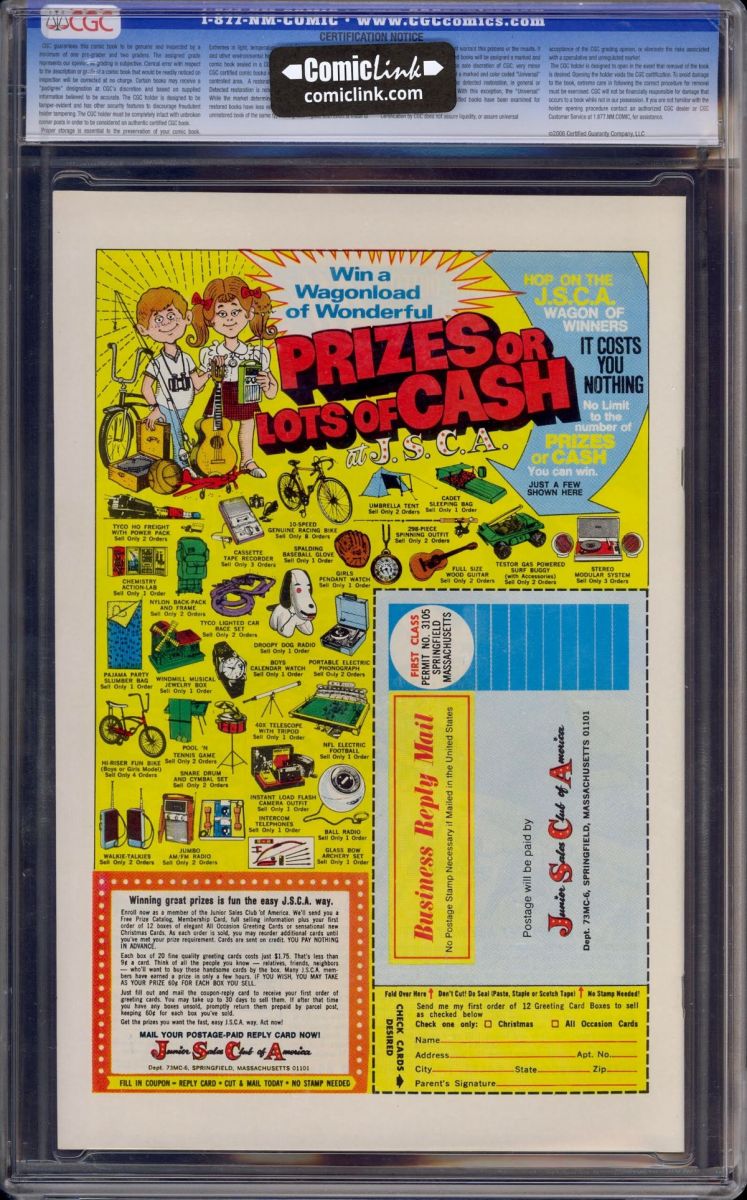