I'm really excited to share that I'm doing my first crossover with another comic!

The short versions is that I've had artist Ryan Mendoza do variant covers for both issues of my series Cthulhu vs. Uncle Sam, which is currently live on Kickstarter.

Ryan is the regular artist on a series called Miskatonic High. For those who aren't familiar with Miskatonic High, it's one of the most successful series on Kickstarter. They actually have a pretty regular distribution schedule, not monthly, but they get a lot of stuff out - their new campaign is issue #16, all of which have been done through Kickstarter. I think in the last 4+ years, so they're doing 4 issues a year or so, plus specials and stuff as well.

Miskatonic High actually has a lot of similarities to my comic The Crimebusters, in that it follows a group of students (high school rather than college) who are constantly getting caught up in supernatural adventures. Just in the modern day instead of the 1950s. So I've been watching them closely since I began, as they're where I want to be.

So when we realized that their issue #16 would be live at the same time as Cthulhu vs. Uncle Sam #2, we thought it would be cool to do a cross-promotion: anyone who backs both campaigns will get a special bonus print featuring the characters from both titles together.

I suggested to Ryan that we do it as an homage to the classic cover of Justice League of America #21. Here's the print: 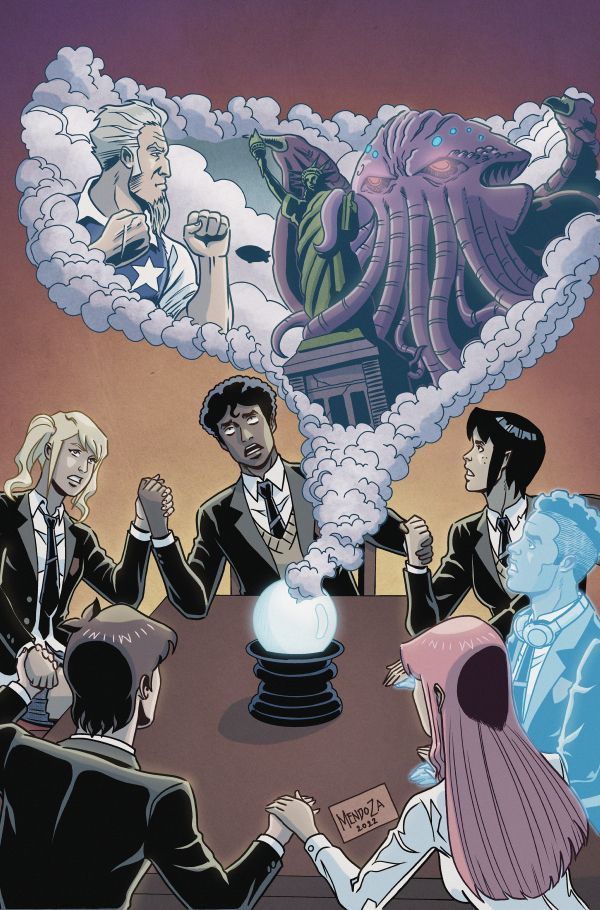 If enough people dig it there's an outside chance we might think about doing a comic to tell the story in the print. That would be super cool, to do an actually story crossover!

But for now, I'm just really excited to do this print crossover. It's really fun, and cool that other creators - who, let's face it, are more successful as well - want to work with me. 🙂

Here's the link to Cthulhu vs. Uncle Sam again: https://www.kickstarter.com/projects/thecrimebusters/cthulhu-vs-uncle-sam-2?ref=7tnm0a

And here's the link to Miskatonic High #16: https://www.kickstarter.com/projects/1442861719/miskatonic-high-issue-16-the-hunters-get-haunted

And here are Ryan's two covers for Cthulhu vs. Uncle Sam: 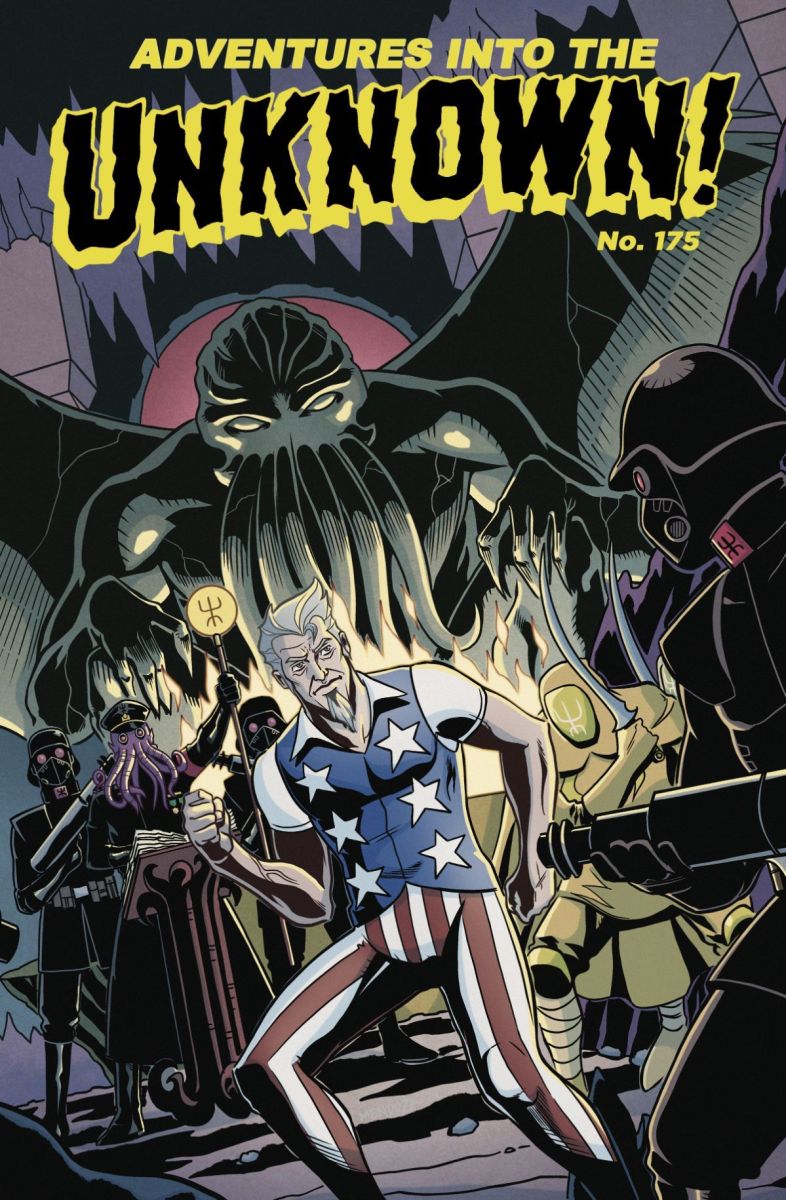 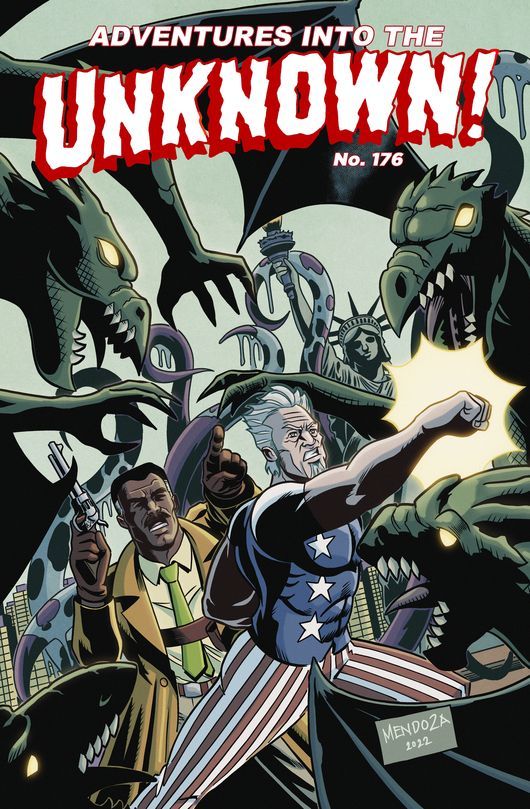