Action Comics #683 (November, 1992) is a book I'm quite fond of, not only for the cover art, but also for the era that the book was published in, collectively referred to in the hobby as the Post-Crisis era. I also call this time frame Post-Crisis, Pre-Doomsday (1986-1992, or Pre-Death and Return of Superman), which is my favorite era of Superman reading material, focusing on great stories and character development for all the main and supporting characters involved.

I did not start reading comics until early 1994; post Death and Return of Superman. One of the joys of finding the Death of Superman collected edition then was the discovery of the Superman continuity in the comic books and that Superman had been completely revamped in the late ‘80s, with a fresh new take on the character and the universe he inhabited. Not only did I become hooked on the Death and Return of Superman storyline, I became hooked on the books prior to, it was like streaming a series online to catch up and follow a developing story.

I would not get to find all of these Pre-Death and Return of Superman comics until after childhood. I would find issues here and there at a few comic shops, enough to fill in some story gaps or give me a general idea, but most places I went to rarely had any Superman back issues prior to the Death and Return of Superman saga. These books then became placed on a pedestal for me, thought of as ancient, priceless relics, which would take a lifetime to find. This brings me to Action Comics #683, a book I first found, probably in 1995. I remember well pulling that issue out of the long box. The nighttime setting and full moon added an eerie atmosphere, seldom seen on Superman covers. Cover artist Jackson Guice does a good likeness of Superman, one I cannot get enough of. 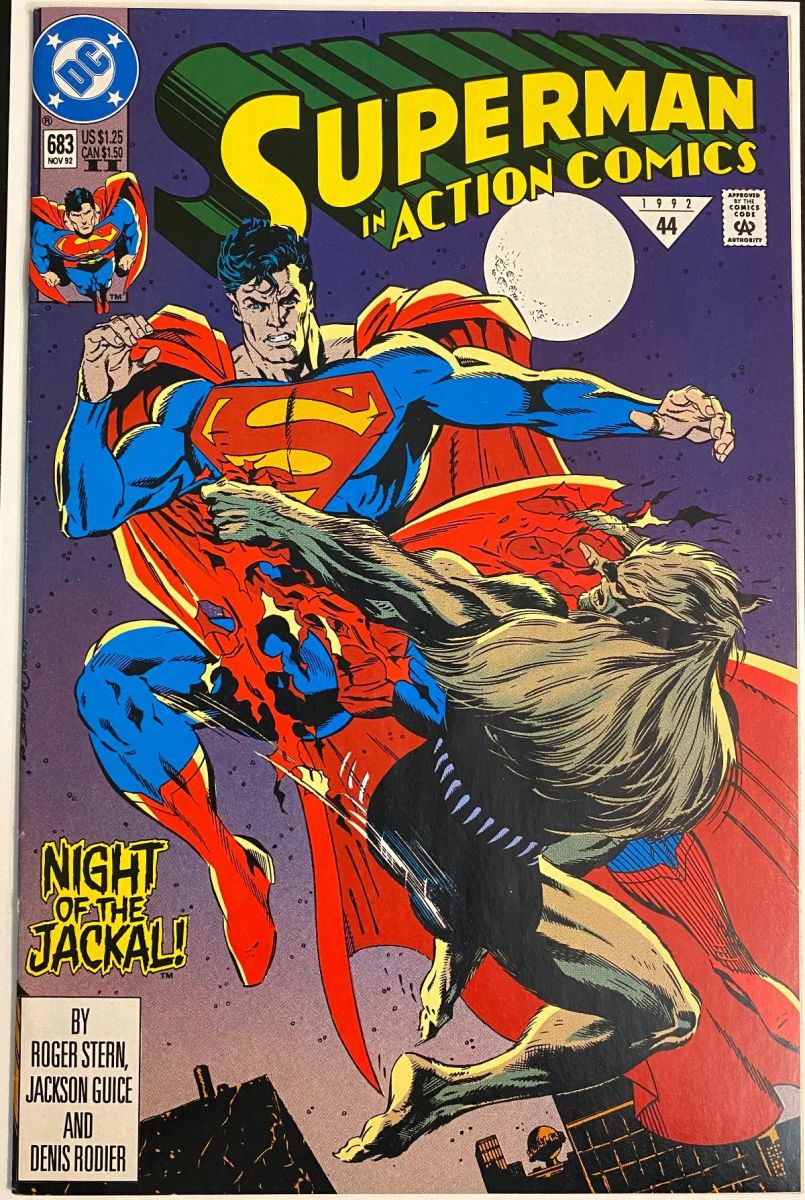 I was excited to see this cover for the first time; I was even more excited to find it was cover dated November, 1992. Why the cover date? The four Superman titles with this date include something special, a teaser for the next storyline, Doomsday! The teaser was in the form of the last page for each issue that month, a fist pounding through a vault, warning that, “Doomsday is coming!” I only found two of the four Doomsday teaser issues back then, I did find the other two as an adult and I still search for them to this day.

In 2008 I found a graded copy of Action Comics #683 on eBay, for a BIN price of only $29.99 with free shipping! I bought it right away; it was also the first copy of this issue to be certified 9.8 by CGC. I was excited to finally have the first printing of this issue; my childhood copy was a second printing, something I thought of as a bad thing at the time. My graded 9.8 copy was the lone 9.8 in the census for a few years, then the book, along with the other Doomsday teaser issues starting taking off price wise. 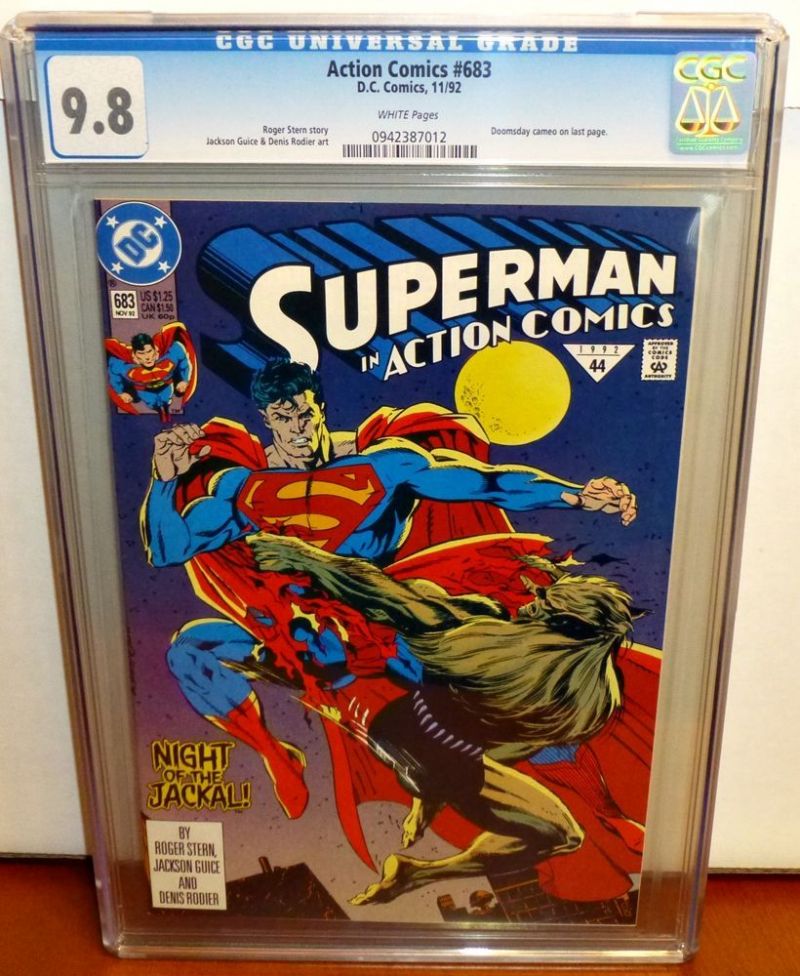 In 2016 I found a raw copy of Action Comics #683 for only $3.00, I couldn’t believe my luck, I also couldn’t believe how good it looked when I put it in a fresh bag and board. Around that same time I started looking for nice copies of the second printing, a frustrating search to say the least. Time went on and I made a few new friends on the Collectors Society. One such friend shared my passion for the Death and Return of Superman books. One day in 2020, my friend submitted three copies of the second printing, and all three came back in 9.8 grade. His search was an exhausting one but his persistence paid off. I was floored when he told me he’d gift me one of these treasures. Holding both printings in 9.8 side-by-side was a dream come true. 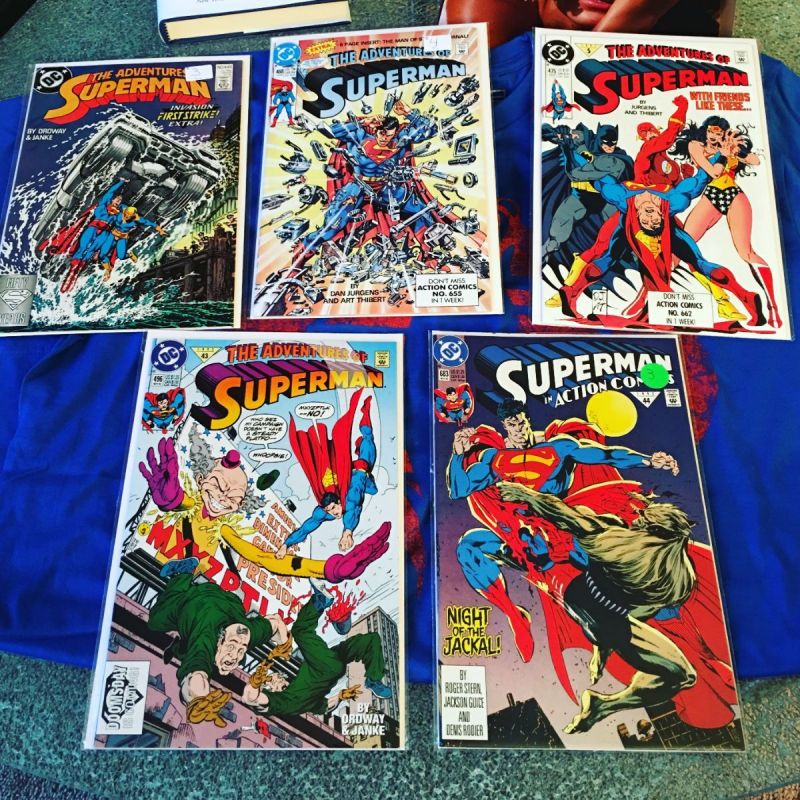 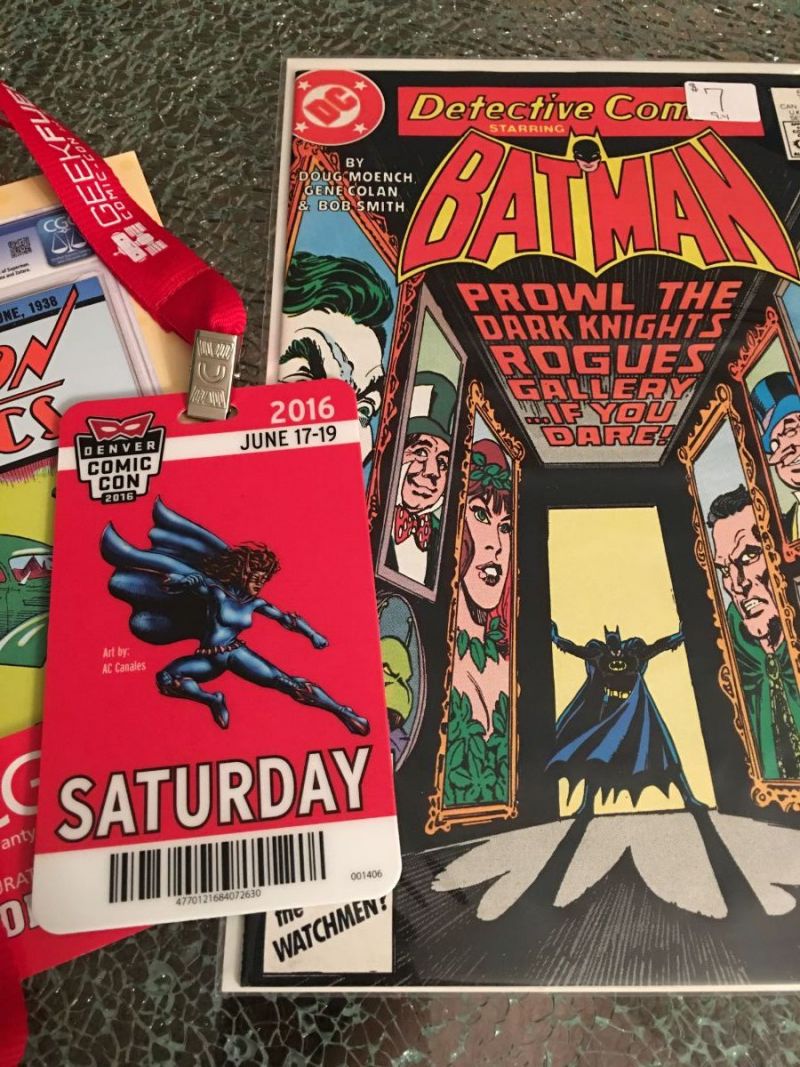 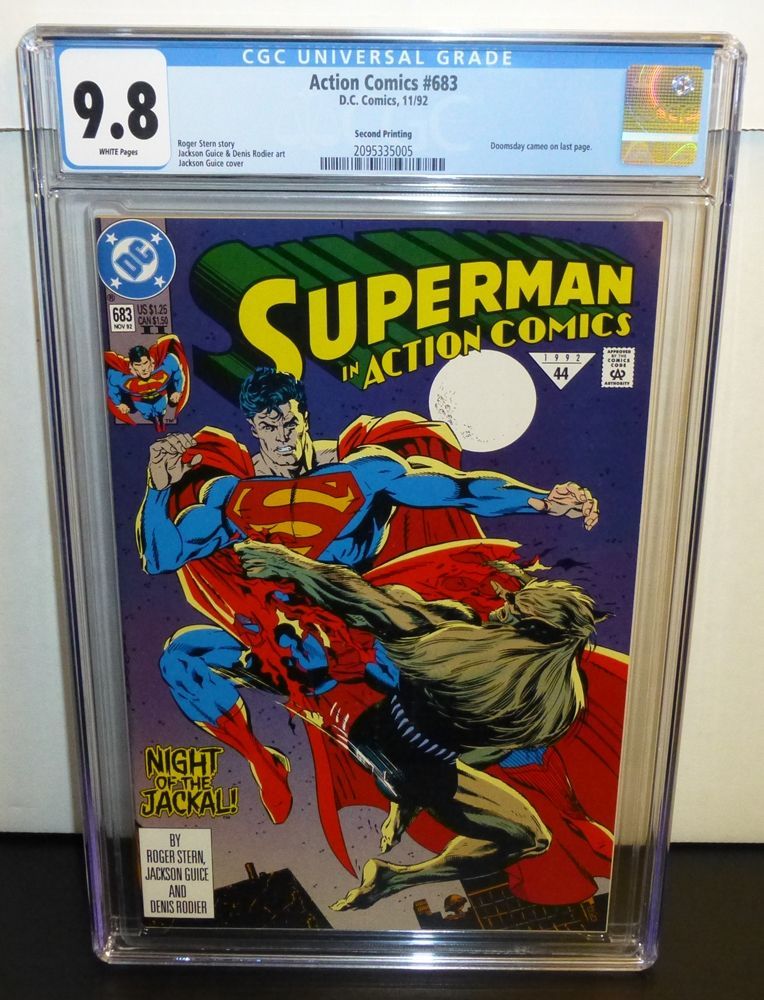 This year I received a grading credit from CGC along with an award for Best Set Presentation for my Action Comics (Complete) registry set. I decided to pull a few books to send it, one of them being the copy of Action Comics #683 from the Denver ComicCon. The book came back 9.8 in a beautiful holder. I could sell one of my 9.8s for probably $100 or more, but I’m keeping both of them. To date, I have only seen a few copies of this book in the wild (I’m not saying this book is really that rare, it just rarely crosses my path), I had the luck of Forest Gump with this particular book, and I’m extremely grateful. What a cover! 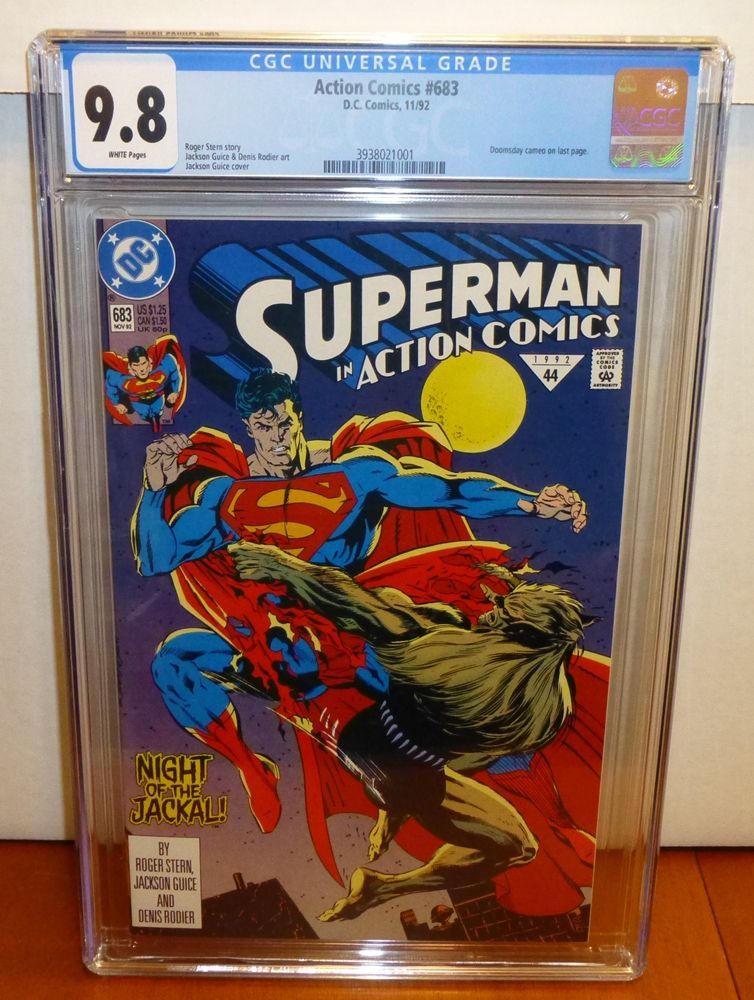